Home Articles The Dam Street Mystery: Will the decapitated head serve justice to the crime?

The Dam Street Mystery: Will the decapitated head serve justice to the crime?

people. From the evidence collected so far, the incident had happened as a result of an extramarital affair. Even though several teams of police personnel are investigating the killing, the photographs of the victim and those of the suspect are already in the public domain. Criminology experts believe that in recent times, social media has become one of the direct contributors to such violent crimes. However, no conclusion could be drawn as yet until the dead woman’s decapitated head is found and postmortem examination is completed. 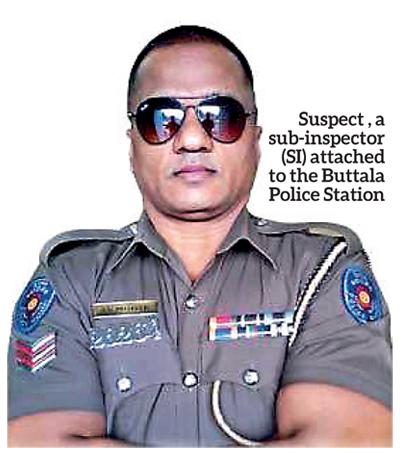 Decapitated head yet to be found

Addressing the media, Police Media spokesman Ajith Rohana said on March 1, the Police Media Unit received information about a decapitated body of a woman inside a traveling bag at Dam Street.

“Upon investigating the matter, the Police identified the body as that of L.D. Dilini Yashodha, a 30-year-old unmarried woman from Theppanawa in Kuruwita while the suspect, was a sub-inspector (SI) attached to the Buttala Police Station. He was on leave at the time the incident took place. On February 28 the couple had checked into a lodge near the Hanwella Bus Stand where they had reportedly spent the night. The following day the SI had settled the bills and left the lodge dragging along a travelling bag. He had then taken a bus on the 143 bus route, getting off at Pettah, he had dumped the bag at Dam Street and fled.

When the Police raided his home at Badalkumbura, they found the suspect had fled to a nearby forest where his body was found hanging from a tree on the following day. A bottle of toxins was found near the body. Even though it looks like a suicide we cannot be certain until the postmortem examination is done. A suicide note allegedly written by the suspect has also been found,” he said.

However, the Daily Mirror learned that the woman’s decapitated head is yet to be found and the postmortem examination has been postponed until the DNA samples have been matched. A magisterial inquiry by the Colombo Magistrate’s Court is also underway while personnel from the Dam Street and Badalkumbura Police Stations are carrying out further investigations.

She denied rumors of an affair

Speaking to the media, the brother of the deceased said she had left home on February 27 evening saying she was going on a trip to Sripada. “I tried calling her on Sunday but her phone was switched off. On March 2 I got a call from the Kuruwita Police station asking me to identify the body of a woman,” the brother said. “Some time ago I received a phone call from a lady who claimed that my sister was having an affair with this policeman. But when I asked my sister she denied it.”

Crimes can be easily committed with social media 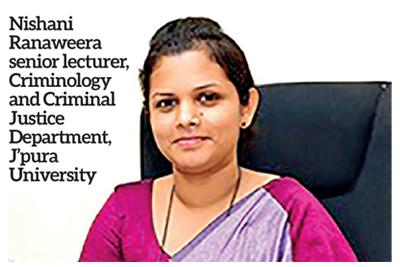 Adding her thoughts on the recent tragedy, Nishani Ranaweera, senior lecturer at the Department of Criminology and Criminal Justice, University of Sri Jayawardenapura said that as of late social media has become one of the contributors to similar crimes. “But that doesn’t mean that everybody on social media platforms fall prey to such crimes. However social media has made it easier for perpetrators to execute cybercrimes. Things may start smoothly and then turn violent,” she said.

“Earlier people communicated through letters and then it shifted to phones and now its social media. People can now share photos and videos as well. Videos can go viral. This is only one of many incidents. There may be many other incidents that are not reported. Apart from that people can have many anonymous accounts on social media where they can create a make-believe world to befriend potential victims,” Ms. Ranaweera added. When asked about the nature of the killing, she said a crime was an unusual behaviour.

"Earlier people communicated through letters and then it shifted to phones and now its social media. People can now share photos and videos as well. Videos can go viral. This is only one of many incidents"

“With the pandemic, people were isolated at home and to stay away from boredom, they depend on social media. But we can’t exactly say if this incident happened in a similar manner since the investigations are underway. However, as technology becomes sophisticated, criminals also commit crimes in sophisticated ways,” Ms. Ranaweera said.

She said anyone could fall victim to a cybercrime irrespective of age. “There is a common law but people are unaware of where they should go to complain about such incidents. If one becomes a victim of a cybercrime they can report to Sri Lanka Cert. A cultural barrier also exists. When a girl is raped or abused, the incident is usually hidden from the public domain. Therefore an attitudinal change is also required,” she said.